Earlier attempts were made to establish a Gaelic Club in Antrim but it appears to have been 1924 before a successful launch took place, when a meeting was held in the home of Daniel Hannan of Townparks. At this meeting, under the chairmanship of Robert McErlane, the club was given the name of William Orrs, in memory of the famous Presbyterian from Farranshane. This was on the proposal of Harry Hannan. 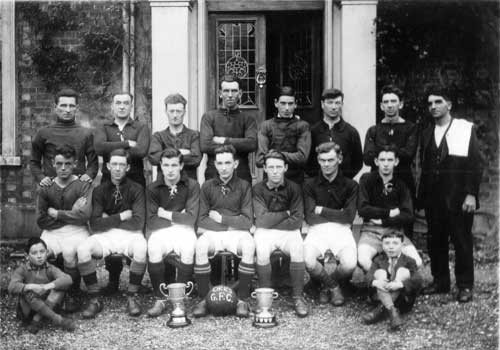 Among the members who took part in the formation of a gaelic football team at that time were Harry Hannan, Jimmy Teggart, Paddy Bonner, Harry Dobbin, J. Steel, Hugh Gaynor, John Mackle, Dan Kennedy and Tommy Nolan. The latter represented the Orrs at South-West League meetings and a strong team was soon competing in South-West competition and managed to make the Semi-Final and Final of the Junior Championship without ever achieving the ultimate prize. At that time a Perpetual Challenge Cup was presented to the South-West by the Reverend Thomas McCotter, P.P. of Antrim. Other individuals who later became prominent in promoting a love for the game included Barney Hurl, Harry Kearney, Jack Roberts, P. McNally and the Rev. Walsh, C.C. Their efforts allowed the club to flourish successfully for a number of years before it ceased around 1936.